Urban Decay is a multi national cosmetics brand, but also very famous among Pakistan.Urban Decay was established in year 1996 and since then they have launched so many collection for makeup, fragrances and so on.Urban Decay is back with their relaunch of 24/7 Glide-On Eye Pencil collection for the season of summer 2013.Urban Decay has introduced thirteen new shades in this collection.Urban Decay eye pencil collection for summer 2013 has consists of shades in shimmery look.This collection included eye pencil shades named as Asphyxia, Vice, Psychedelic, Sister, Ether, Chaos, Delinquent, Empire, Abyss, LSD, Mainline, Freak, Deep End,Junkie, Loaded, Sabbath, Cuff, Uzi, Smoke, Invasion, Goldmine, Scorch, Hustle, Whiskey, Corrupt, Smog, Roach, Mushroom.These shades will give you a perfect look for any party and function.

Girls!! just stay a bit here and have a look at the photos and swatches of this collection below.You will definitely attract you very much.Let’s see them below: 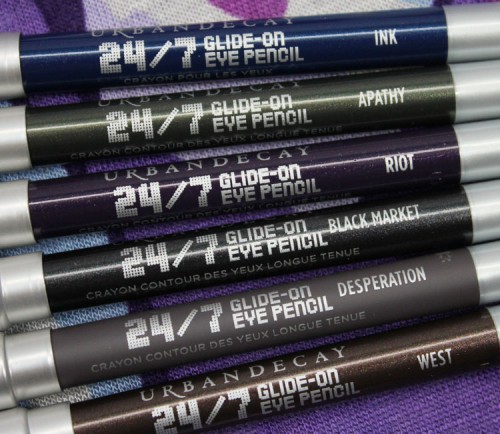 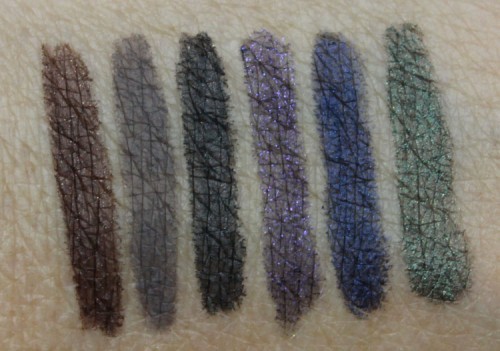 Some Other Photos & Swatches